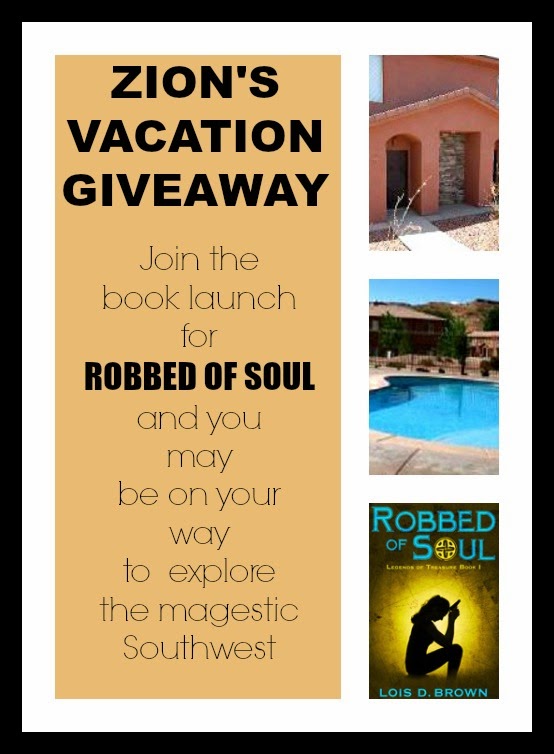 My guest blogger today is Lois D. Brown. Read her fascinating path to writing her new mystery, ROBBED OF SOUL. Be sure to enter her giveaway.


Recently I published a mystery novel called Robbed of Soul that combines a modern-day mystery with a 150-year-old legend of Montezuma's gold in Utah. This is how the book came about.

In the spring of 2013 I received a strange email. It was from a television producer in England. They were filming a television series called "Myth Hunters" and wanted to do an episode about Montezuma's Gold in Kanab, Utah. They had found my name on Amazon. I had published various short stories about treasure hunting, including one about Montezuma's treasure. A month later we met in Kanab and they interviewed me for the show. (See a peek of the episode here.)

A year later I was in Kanab again, this time spending the day with a film crew from "America Unearthed," a top-rated show that airs on the History Channel 2. Together we explored the mysterious 500-year-old cave Freddie Crystal excavated in search of Montezuma's gold. (See a promo video of Montezuma's Gold.)

After that, I knew I had to write a book about Freddie Crystal and Montezuma's gold in Kanab, but I didn't want it to be a historical novel. So I ended up with Robbed of Soul, a modern-day mystery that incorporates historical facts and legends.


Do you like books? Do you like Zions National Park? Join the ROBBED OF SOUL book launch giveaway and you may win 3 nights in a vacation townhome in Kanab, Utah.
(Thirty minutes from Zions.) A $450 value! (Or a $100 Amazon gift card if preferred.)

Rescued but psychologically damaged from a failed mission, ex-CIA officer Maria Branson takes the job of police chief in the quiet town of Kanab, Utah. Rest and relaxation are the doctor’s orders. She gets neither. Instead, a missing mayor, the spirit of a dead Aztec warrior, and the over-confident-yet-attractive head of Search and Rescue await her in a town whose past has almost as many secrets as her own. As Maria investigates a modern-day murder, she disturbs a world of ancient legends and deadly curses. Yet most lethal of all is Maria’s fear someone will discover just how empty her soul really is.

The following are pictures of me and Scott Wolter taken as we filmed segments of America Unearthed near the infamous Freddie Crystal cave in Johnson Canyon outside of Kanab, Utah. 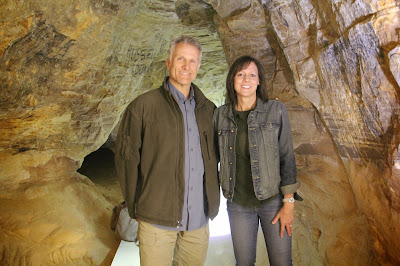 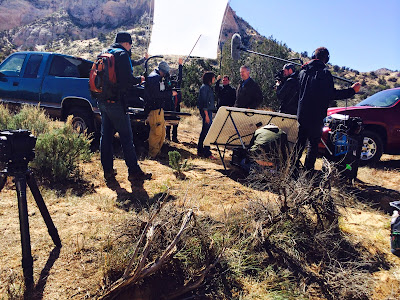 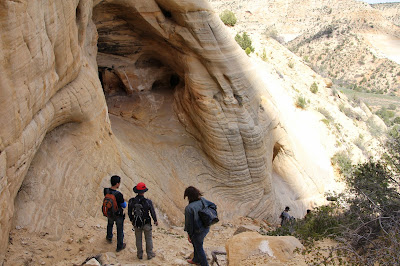 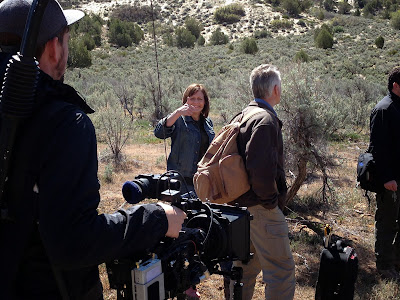 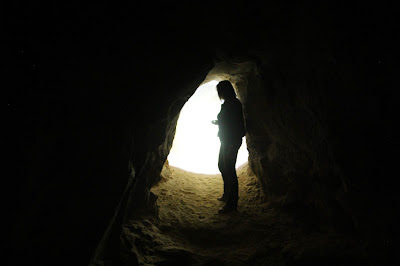