I've got a new book coming out! 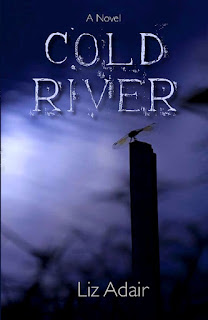 My new romantic suspense, Cold River, will be in stores next month! It's my valentine to the little hamlet of Concrete, Washington, where I taught school more years ago than I care to think. One of my former students is soon to be a grandmother.

The year I was there, the townsfolk took a dislike to the school superintendent and made life so uncomfortable for him that he didn't return the next year.

The area around Concrete is heavily forested, and many of the people, when I taught there, decended from settlers who had come from neighboring counties in North Carolina in the early part of the twentieth century. When I was there, the town was quite isolated, and many of the customs the people had brought with them as they moved west still survived: bluegrass music, hounds, and even whiskey stills. I remember one of my students asked me with a definite twang to her diction, "Miz Adair, do I sound like a Tarheel?"

Though logging isn't the industry that it used to be nowadays, there are still lots of people who claim a Tarheel heritage.

Cold River is set in contemporary times, but I've used my memories of how it was in Concrete to fashion a story about twenty-nine-year-old Mandy Steenburg, who thinks her doctorate in education has prepared her to run any school district—until she tangles with the moonshine-making, coon-dog-owning denizens of Limestone, Washington.

When the petite dynamo leaves her fast-track position in Albuquerque and takes over a tiny school district in remote Pacific Northwest timber country, she's armed with the latest educational ideas and determined to make a difference. She finds the local populace—descendants of loggers who moved west from North Carolina during the Depression—have kept many of the old customs, including a mistrust of strangers. What's more, they still look to the former superintendent for leadership.

When Mandy lands in the middle of an old feud and someone keeps trying to kill her, instinct tells her to run back to the southwest. Though she has to literally swim through perilous waters, she finds a reason to stay and chance the odds.